Is Real Estate The Next Shoe To Drop – Part 2

Is Real Estate The Next Shoe To Drop – Part 2

As we continue to delve into the looming Real Estate crisis that will likely hit the US and globe over the next 12 to 24+ months, we want to focus on the human psychological process of dealing with a crisis event and how that relates to economic engagement. In the first part of this research article, we discussed how the time-line and events that have unfolded over the past 120+ days have setup a continuing global crisis event. The best of our knowledge, there has been nothing like this, other than massive wars like WWII, that have taken place on the planet over the past 75+ years.

This presents a very real possibility that human psychological processes have engaged throughout the planet that may disrupt how effective the recovery efforts are in the near future. If humans engage in a traditional psychological crisis-cycle process, then there is little chance that the economic recovery will reach 2018-2019 levels very quickly. Let’s review the psychological process of a crisis event.

The Normal Psychological Reactions To A Crisis Event Are

Vicarious Rehearsal: People that are distanced from the crisis event (location or expectations) tend to react in a way that reflects their belief that “it won’t result in any dramatic changes to their lives”. Thus, they continue behaving and acting as they would without the crisis.

Denial: The process of denial takes on many forms. Some people simply ignore the warnings or information related to the crisis. Others become agitated or confused. Some simply chose to believe the threat is not real and others may believe the threat does not relate to themselves.

Stigmatization: Sometimes, segments of society may become stigmatized by their community as anger or blame drives people to believe infected people or segments of society that may promote the crisis event are identified. We’ve already seen some of this type of activity throughout the globe take place.

Fear and Avoidance: Fear becomes a central psychological element that may drive certain people to act in extreme, and sometimes irrational, ways to avoid the perceived or real threat. Fear, much like Greed, is to primary element of all human activity and we must understand these components and how they transition throughout this virus event.

Withdrawal, Hopelessness, and Helplessness: When people realize the threat is real and feel there is nothing they can do or change in their lives to avoid the consequences of the threat – a feeling of Hopelessness and Helplessness begins to set in. When this happens, people tend to withdraw from normal activities and isolate themselves from the threat and society as a whole. (Source: orau.gov)

We believe these components of how society reacts to a crisis event are more like a “transitional process” than a series of separate events or actions. We believe, initially, Vicarious Rehearsal and Denial are the initial reactions to a crisis event. Then, these transition into Stigmatization and Fear when society realizes the threat of the crisis is very real and tangible. Lastly, society moves into a balance between the last three elements where Stigmatization, Fear, and Hopelessness permeate as the crisis event continues to unfold.

First, we would look for Vicarious Rehearsal and Denial in the form of “opportunity and greed” in the data. The US Fed lowered interest rates to near ZERO on March 15, 2020. This may have prompted a surge in refinancing real estate and purchase commitments from qualified buyers. We would look for a surge in mortgage applications in March 2020 as the expansion and severity of the virus crisis was surging. Additionally, we would also look for a surge in home prices and sales levels as qualified buyers attempted to profit from lower rates in the real estate market.

When we look at the charts below, pay attention to the spikes on the charts in March 2020 and how they correlate to the US Fed decreasing interest rates just prior to the shut-down “National Emergency” order from President Trump. The good news in early 2020 related to Q4:2019 earnings and economic data seemed to lull people into believing the risks were minimal. Well, quite a bit has changed since then…

US MBA Mortgage Applications (WoW): Notice the spike on the week of March 11, 2020, above 50? This level was nearly double the previous peak levels going back over 2 years. A flood of buying and refinancing activity took place in real estate in early March 2020 near peak price levels. 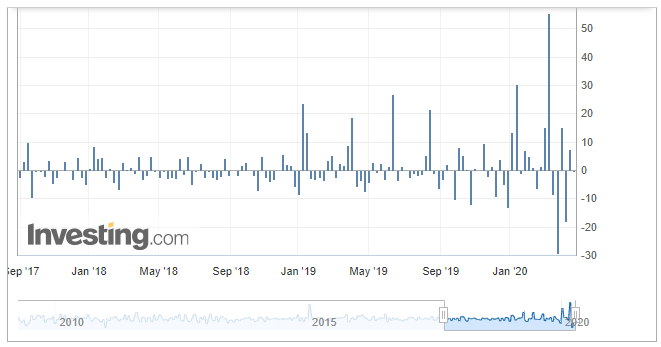 US Existing Home Sales (MoM): This existing home sales data shows that both January and March 2020 exhibited strong sales numbers of existing homes. Pay special attention to how quickly this data changed in April 2020. Existing home sales levels have collapsed from the previous monthly levels as consumers have moved beyond the Denial stage and into the Fear stage. 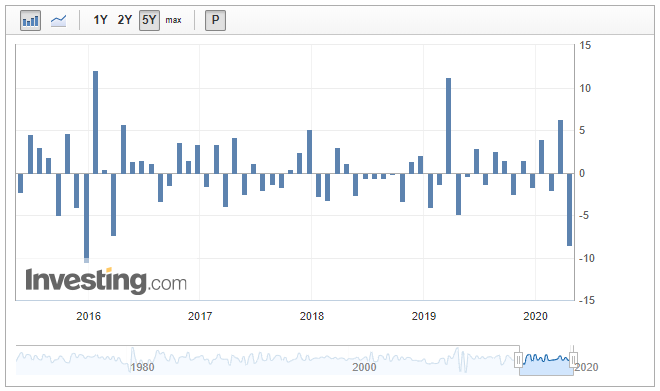 US House Price Index (MoM): This chart shows that house price levels are still appreciating while demand has already started to collapse. Again, pay attention to what happened in March 2020 and what is happening in April 2020. Mortgage applications have collapsed. Existing home sales have collapsed. Yet, prices remain rather high right now. It would appear that home sellers are reluctant to decrease pricing as aggressively as potential buyers are exiting the real estate market. Eventually, the lack of real demand will prompt price levels to contract to attract interested buyers. As we’ve seen before, though, when prices start to decline – a vicious cycle begins where potential buyers wait out the bottom or “low-ball” offers because they know the dynamics of the markets have changed in their favor. 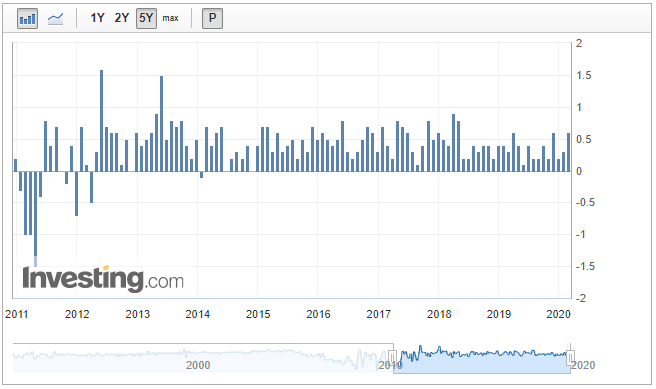 US Jobless Claims 4-Week Average (WoW): The real kicker, in our opinion, is how the shut-down has resulted in a massive segment of new job losses in the US. It is hard to argue with the fact that the “average” 4-week jobless claims number shot up to levels above 1,000,000 recently. This is the highest level we’ve seen in this economic indicator EVER. These levels are nearly 10x the 2008-09 credit crisis levels – trying to put this into perspective.

When we have massive amounts of people suddenly losing their jobs (sources of income), this creates a massive disruption in the supply/demand side of the Real Estate market. How massive is this number?? Take a look at the last chart… 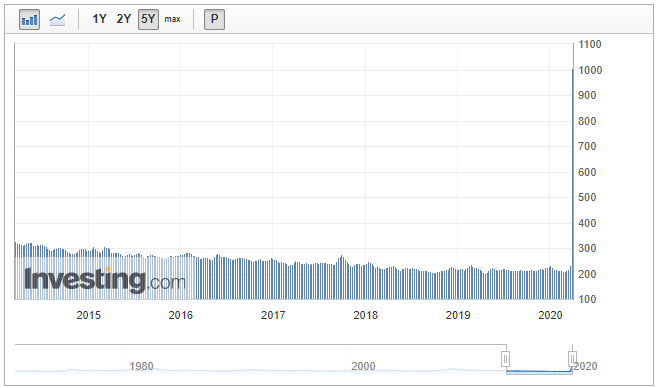 Yes, this is a real chart of the jobless situation in the USA. Please remember, if the situation in the USA is as it is being reported, then the situation throughout the rest of the world may be similarly related to job losses. The point we are trying to make is that the job losses recently have been massively higher than anything we saw throughout the 2008-09 credit crisis – nearly 800% to 900% more massive.

I am hoping people can see what I am trying to warn about with the real estate market, which is the next major market crash, much worse than what we saw in March.