Analysis Of The EIA Statistics Analysis Of The EIA Statistics

According to the Energy Information Administration (EIA), U.S. petroleum inventories (excluding SPR) built by 5.9 million barrels last week to 1.451 billion, whereas SPR stocks built by 1.4 million. Total stocks stand 163 mmb above the rising, rolling 5-year average and about 151 mmb higher than a year ago. Comparing total inventories to the pre-glut average (end-2014), stocks are 392 mmb above that average. 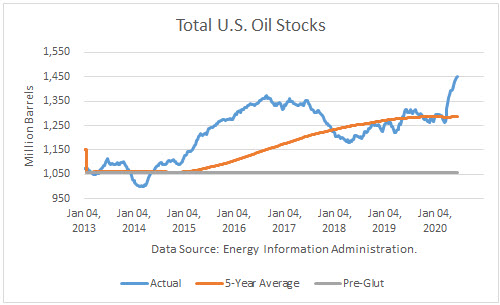 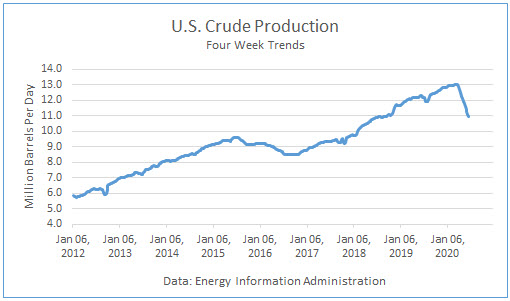 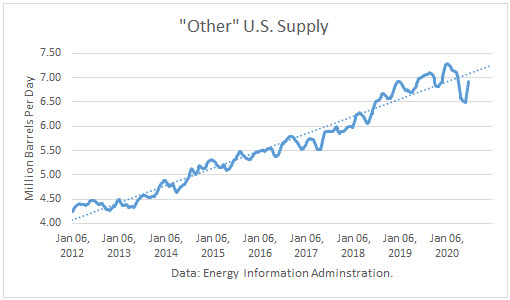 Crude production plus other supplies averaged 17.867 mmbd over the past 4 weeks, well below the all-time-high record. 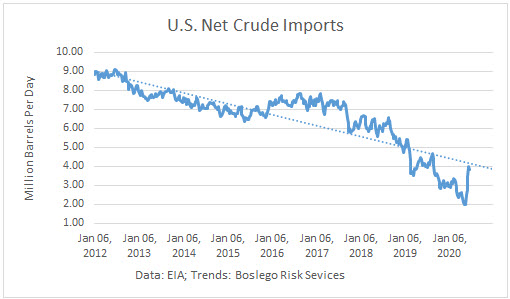 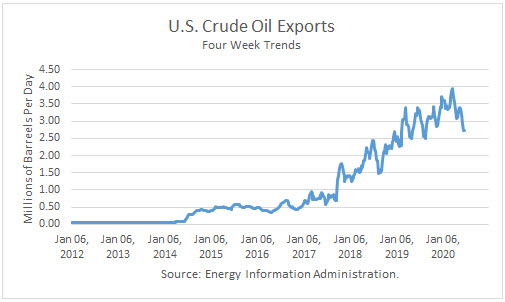 U.S. crude imports from Saudi Arabia fell by 25,000 last week to average 1.381 mmb/d. This reflected the surge in Saudi exports to the U.S., which began in late March after the price was began between the Saudis and Russians. They had reportedly sent an armada of tankers carrying up to 50 million barrels to flood the U.S. market. Over the past 4 weeks, Saudi imports have averaged 1.472 mmb/d, up 221 % from a year ago. 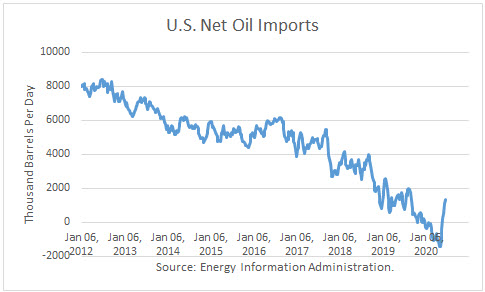 Net oil imports averaged 1.273 mmb/d over the past 4 weeks. That compares to net oil imports of 1.143 mmbd over the same weeks last year. This is the fifth 4-week period this year that imports exceeded exports. 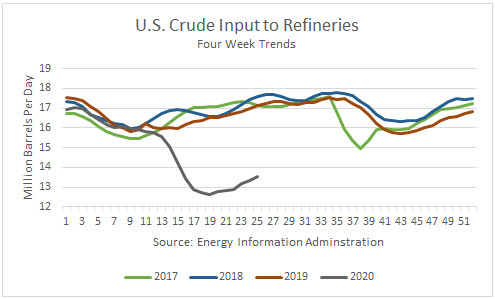 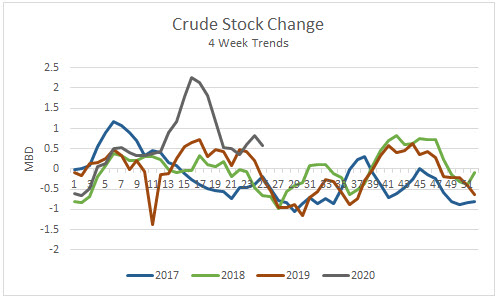 Commercial crude stocks 540.7 mmb are now 71.1 million barrels higher than a year ago. 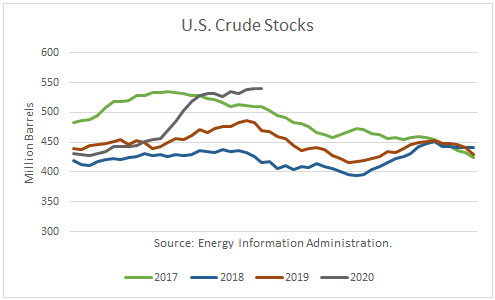 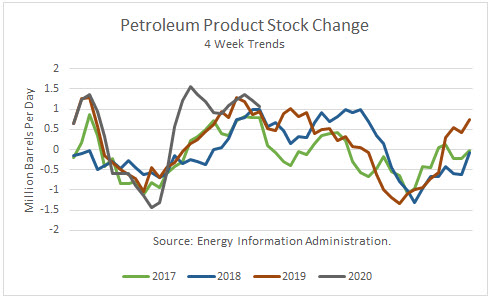 Total U.S. petroleum product stocks at 910 mmb are 75 million barrels higher than a year ago. 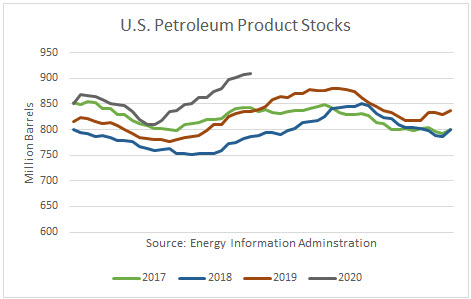 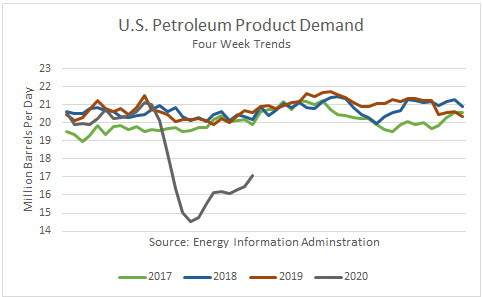 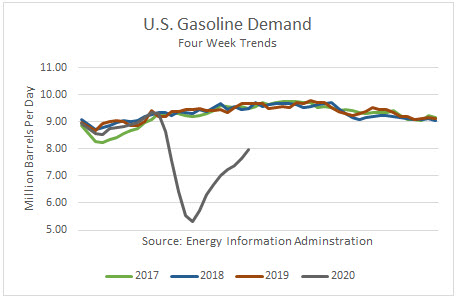 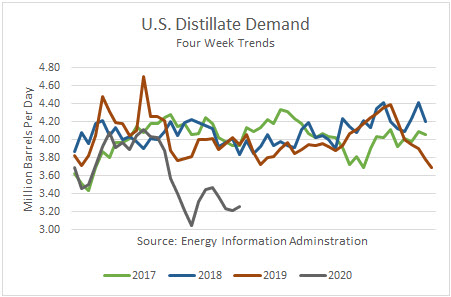 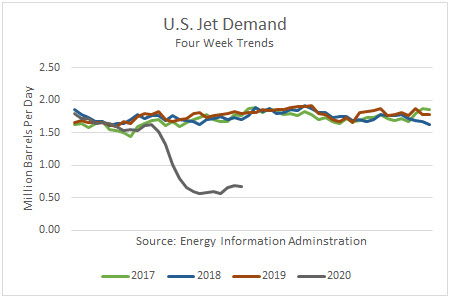 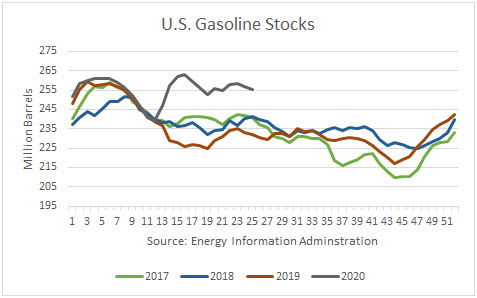 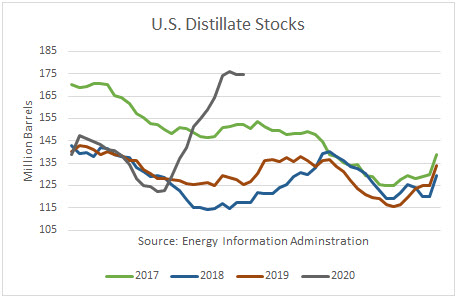 Improving petroleum product demand and crude oil demand at refineries have still yet stopped the rise in U.S. oil inventories. Crude and product stock build rates remain very high.
Recent reports indicate that shale oil companies may re-start shut-in wells above $30/b. Since the market has reached the upper $30s, we may see the downturn in U.S. crude production reversing soon. That would be a very negative development for oil prices, and this week’s major rise in crude production appeared to support that view.

Disclosure: This contributor does not own any stocks mentioned in this article. This article is the opinion of the contributor themselves. The above is a matter of opinion provided for general information purposes only and is not intended as investment advice. This contributor is not receiving compensation (other than from INO.com) for their opinion.